The Explorer Class Bobcat is small and solar electric powered but is similar in function to the earthbound brand of Bobcat used in site preparation, grading and filling, pushing and pulling. A fantastic little genpurp machine. Navigaiter 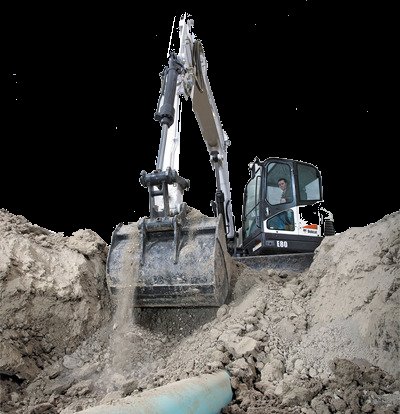 Like the concept, I would rather see bobcat like attachments on a small rover, making it even more versatile... They are amazing machines. While we're at it, it should also be remotely controllable (Rather like the work I did for the Mars Society and 4Frontiers.). Paul 08:54, 30 June 2009 (UTC)

True. There will have to be two versions: the rudimentary Explorer Class Bobcat to emplace the first basic hab and then comes the Pioneer Class which will have enriched features to emplace and assemble a few more HabCaps into a full station complex.

I'd like to make you aware of the robots intially used for cleanup of the Chernobyl catastrophe and similar robots used now. They, back then, found that robots and remote-controlled construction vehicles could handle far lesser radiation doses than humans. A lot is to be learned from those experiences. --DGrelich 16:07, 10 March 2010 (UTC)

If the initial rovers are going to be 'played' by Earth bound customers it might be good to have an earlier, less functional, Sandbox Class Bobcat that can push or scoop a little dirt. --Thecomputist 18:07, 14 March 2010 (UTC)