Difference between revisions of "Outpost"

Current thinking is a small/inflatable buried structure with absolute minimal facilities. An inflatable 4 metre diameter tube roughly 6 metre long, laying on its side, buried 2-3 meters, with 2-3 meters of regolith overburden. Say 6-10 bunks on a wall, a couple desks, a RV style shower/head and a small sink. Maybe if we are really lucky a place to heat food. (all inflatable furnature/barriers, filled with varying densities and consistencies of spray foam) There will probably be three airlocks, one outer lock leading to a suit room, a second lock between the suit room and the living quarters as a dust mitigation lock, and a third as an emergency exit. There will be a limited amount of water recycling, and until we get the in-situ resource manufacturing down, most supplies will need to be brought it. Of course power will be supplied by solar panels over the overburden, (A little more protection) and perhaps as a sun shade over some of the external equipment. Power storage for overnight is still in the 'air'. (Sorry) Depending on the location though. (see

Click on thumbnails below for two sized illustrations suitable for computer desktop bitmaps, one is 4x3 aspect ratio, the other is 16x9 wide screen.

[edit] An idea to reduce the volume of the payload 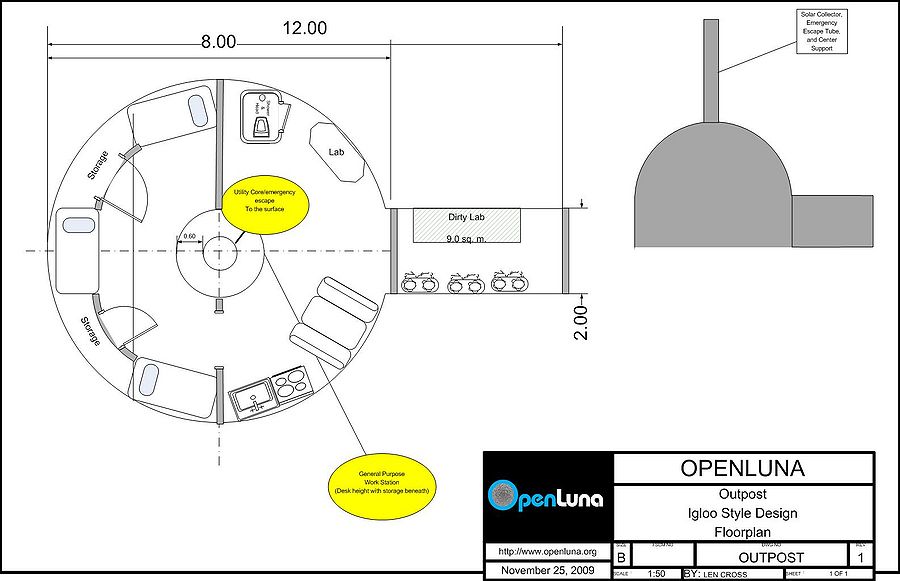